Do you also think getting rich quick is a scam and very unrealistic? Have you ever been told by desperate entrepreneurs that you could make thousands of dollars on a single day without doing any work you believed it? Some even said you can simply watch Youtube videos and earn hundreds of dollars just like that!

Anyways, any desperate person would have fallen for any internet scams or programs that cam with juicy offers. It’s also not an error to say that many young people are looking for short to wealth. They only want to go to bed and wake to thousands of dollars in their accounts without putting in the work.

As much as making hundreds of dollars in a few days may be possible, especially in this digital era, you must be ready to put in the work which most times doesn’t come cheaply.

If you have ever wanted to make quick bucks or surprise your dad you are now matured and knows about money, you probably would have fallen for the get rich quick programs.

Someone told me that to get rich quick should neither be a scheme nor a scam but rather a possible state anyone can assume. Anyways, this blog post will give you better knowledge about it.

What makes get rich quick a scam?

A scam is a shady deal – If the new money-making machine is not purely or outrightly explained to the participants then it’s a scam. All the organizers are only interested in collecting is the training fee. Such program. will not last in the mind of the participants.

It is the percentage of participants who couldn’t catch up with the training but still went ahead to buy the advanced course or programmes that will become frustrated and then see the whole scheme as a scam.

I love forex trading. But many years ago, when I was introduced to forex trading for the first time. I excitedly accepted to be part of the training, dived right into it, enjoyed every bit of the training until the facilitator said we were going to be making up to a thousand dollar per day trading with hundred dollars only.

That was the beginning of scamming the participants rather than introducing them to a scheme that could make money.

Another scam was that we were told it will only take less than three hundred and fifty dollars to get started to make a thousand dollar daily. The start-up capital was small and so the majority of us jumped into the offer. We became forex traders in less than two weeks.

Forex trading is not a scam!

What makes get rich quick as scheme?

A scheme seems a little bit packaged because it’s systematic. Any sane person should be able to follow through a system. Unfortunately, everybody doesn’t have the same exposure, privilege, information, abilities to follow a system.

Where some people are born into affluence, others are not. Where some people just have to build on the existing flourishing family business, others don’t have such privilege and opportunity.

While some are high in Intellectual quotient others have average or low. This is not because some are better gifted than others but have just not seized the opportunity to build themselves at the right time.

If fifty students were to get into a training room to learn a new skill, it’s scientifically possible that between 10% and 20% will be able to catch up while the rest struggle to understand. Yet, everybody paid USD 1000 to be in the room.

The case with the latter is that they would end up being frustrated the more. This is not because the scheme won’t work for them too but that they have been made to believe that since its a scheme, everybody should fall in.

The assumption, they say, is the lowest form of education. The assumption is synonyms to illiteracy. You can’t assume to be wealthy when you’re practically not worth anything.

No scheme work for all at the same time. The solution is to first understand the level of education, exposure etc an individual has attained before he is enlisted. Humans are not equal. We do not all comprehend knowledge at the same pace. We have slow learners even amongst people seeking for wealth creation principles or schemes to embrace.

Get rich quick could rather be a scheme or blueprint for anyone to follow than it being a scam to extort money from participants. However, it must be balanced to accommodate different kind of learners.

How then do you know whether a get rich quick program is a scheme to adopt or a scam to run away from?

1. Research about the trainer.

Don’t fall for cheap trainers as I did during my forex trading class. It’s not all trainers you can trust. Some may be interested in training you for their wages. It’s easy for anyone to pick a book, read up and then share the same knowledge. Find out from the trainers if they are practising what they are teaching before you hit the sign up button.

2. Ask google about the new offer.

Google has an answer to almost everything. Use Google search engine to get updates from different sources. People have reviews of every product ever launched. Get to know what people are saying about the offer before you jump into it.

3. Understand the process before you embrace the product.

Just like forex trading, some schemes are technically inclined. It may take months to learn before you earn. If you are not aware of that technical aspect you would be thinking about making money is not for you.

4. Get to meet the top earners in the company.

If it’s not a new product entirely then there must have been people who would have climbed to the top of the organization. They are their high earners. It’s easy to quickly find out from them how much the offer you have been introduced to would deliver what it said to be.

5. Get to know the viability and sustainability of the offer.

Not all good offers look good. Every company wants to show you the best of their product offering. Don’t fall for that shit easily. There is always more to every good offer.

Yes, frequently asked questions (FAQs) are good but be rest assured that what most people ask are selfish questions. People don’t get to ask pertinent questions that could move them forward. Most people are interested in what’s in it for them in the immediate. Most people don’t consider the long term sustainability of the business. You won’t be wrong to ask if the company pays tax.

There are so many hidden information you would have missed if you did not read the terms and conditions as well as the privacy policies of the offer you’re about to sign up for. So many money-related offers don’t do refund and if you are not aware you may not appreciate the entire process. Sometimes, you may not be able to interpret the legally bonded terms and conditions that you may need the service of your lawyer to do that for you.  If you don’t settle this aspect you may be sitting on a tome bomb and you won’t know.

1 thought on “Get Rich Quick: A Scheme Or A Scam?” 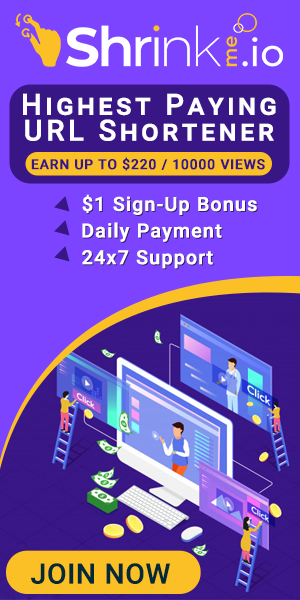